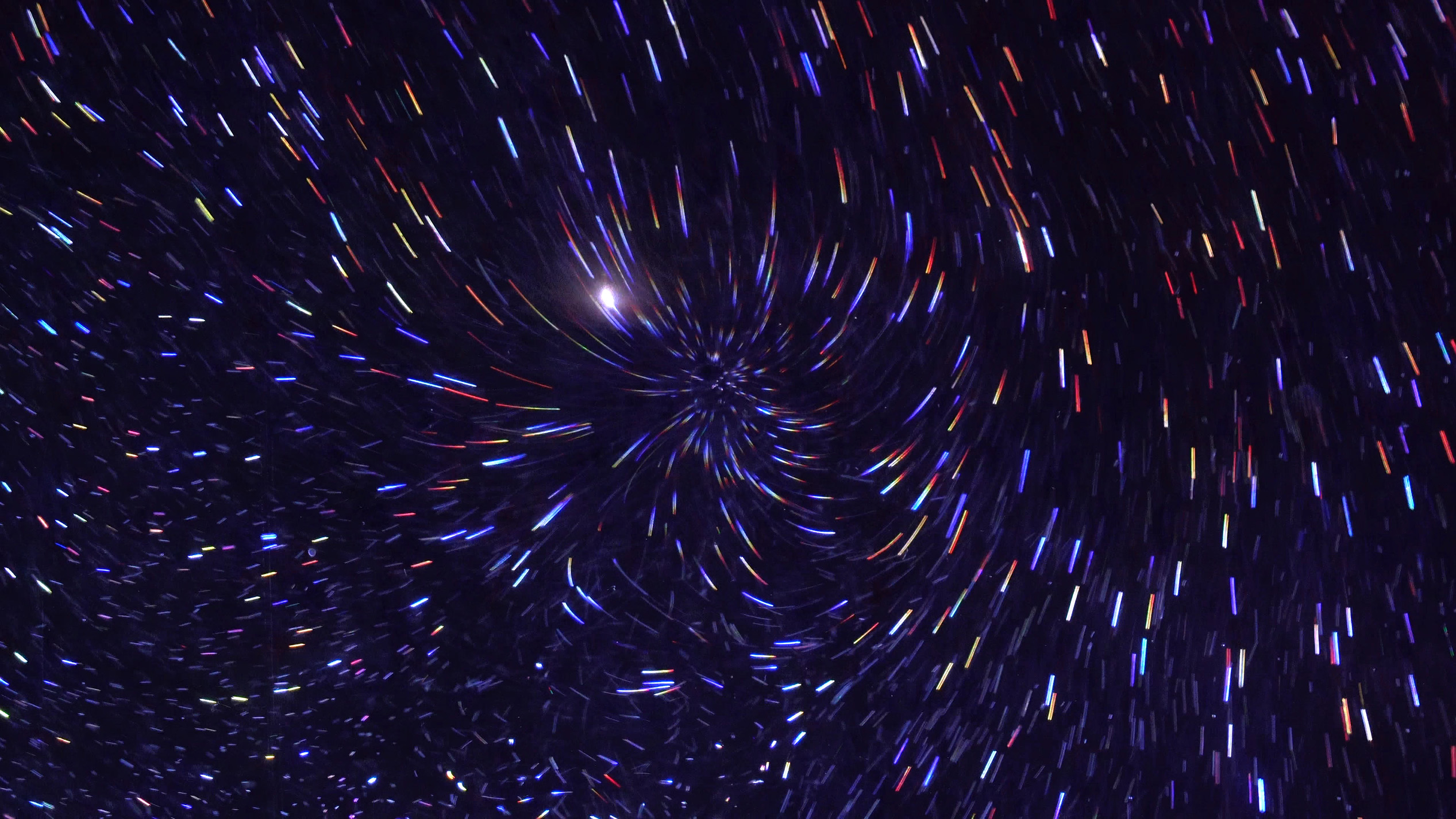 Laser-lit clouds of submillimetre soap bubbles embracingly trace the air flow around an orifice. At a certain distance from the inhaling hole a horizon forms, separating the flow between inbound air and the rest of the substrate.

‘Laser-lit clouds of submillimetre soap bubbles embracingly trace the airflow around an orifice.’

Once the bubbles traverse this vacillating boundary they become entrained ﬁ laments that plummet inward. Besides tracing vortical motion, these luminous bubble trajectories unveil a phenomenon known as the Coandă eff ect: when a ﬂ uid jet traverses an oriﬁ ce it tends to follow adjacent surfaces and to entrain surrounding ﬂ uid so that a low pressure region emerges along the surface.

Sinking Thoughts envisions the imminent elucidation of a black hole’s interior, where not only space-time but also its underlying qubits of information might become irreversibly warped. Alternatively, the information crossing an event horizon may remain intact if it is quantum teleported through a wormhole throat.

Sinking Thoughts was developed by Evelina Domnitch and Dmitry Gelfand with support from Fulvio Scarano and his team at TU Delft’s Aerodynamics lab as part of the Crossing Parallels residency. 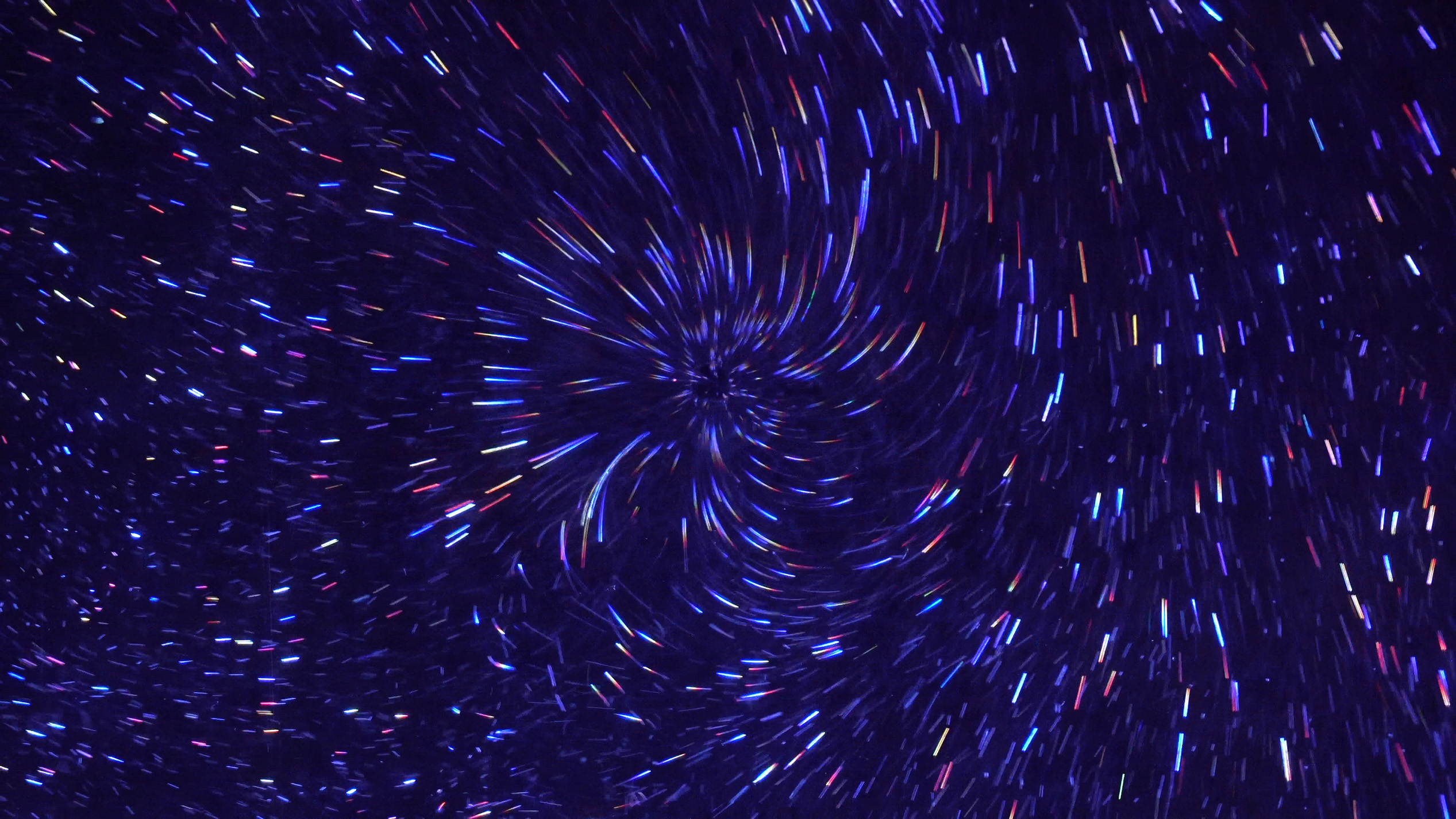 Sinking Thoughts is presented in collaboration with Crossing Parallels.

Special thanks to Fulvio Scarano and his team.