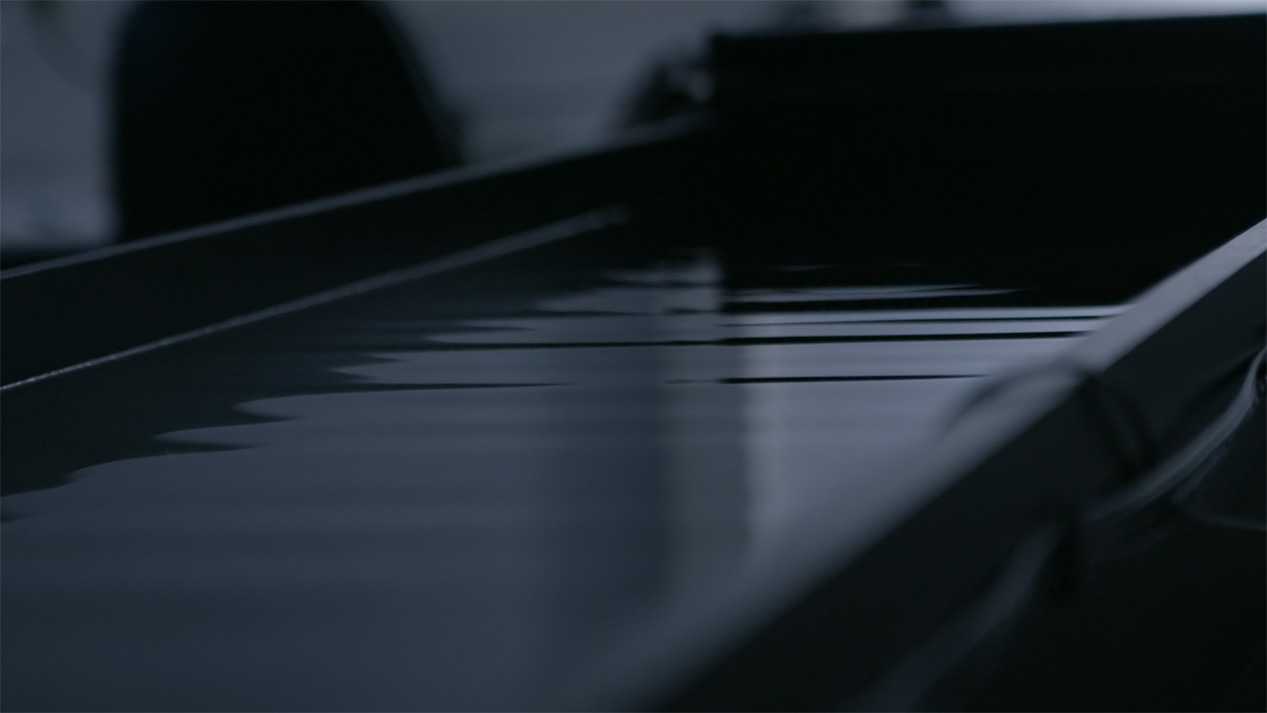 A fluid interpretation of algorithmic software architecture, speculating on the duality of waves and particles. A dialogue of hydrogen bubbles, waves in water, sound from rain and individual water drops that act together as a wave or elementary particle is created.

Our human perception of time is radically different than the workings of computational time: we perceive time in a subjective and fluid way, while computer time and rules are measurable in strict and miniaturized sequences and programmed units. Inspired by the duality of wave and particles Gabey reimagines a fundamental conditional statement ‘If/Then’ by implementing a natural, fluid element – water – in its execution process. The duality of waves and particles is one of the basic principles of quantum mechanics. Two wave machines are interconnected by means of a sensor that reads the movement of the wave on each side of each machine. A computer controlled dialogue of hydrogen bubbles, waves in water, sound from rain and individual water drops that act together as a wave or elementary particle is created.

About Gabey Tjon a Tham
Gabey Tjon a Tham is an installation artist working and living in the Hague, The Netherlands. Gabey transforms spaces into sensory and immersive environments through kinetic machines, light, and sound. By analyzing intrinsic structures that occur both in nature and our digital systems she compiles a common structural core and has found a common ground between nature and the digital. In her works technology has a logic of its own, inviting us to wonder at, contemplate, and investigate.

Made possible by
If/Then is commissioned by FIBER and is created with the support of the Crossing Parallels programme (TodaysArt & TU Delft), Stroom and the Stimuleringsfonds Creatieve Industrie. 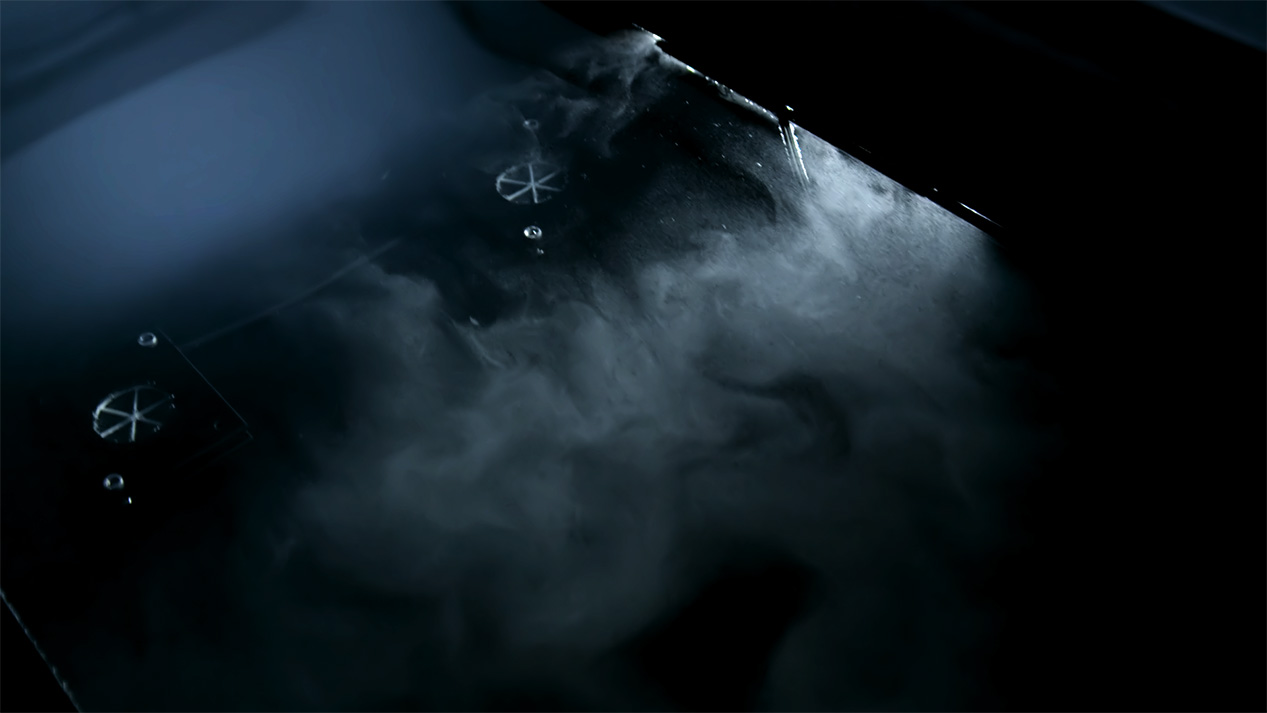 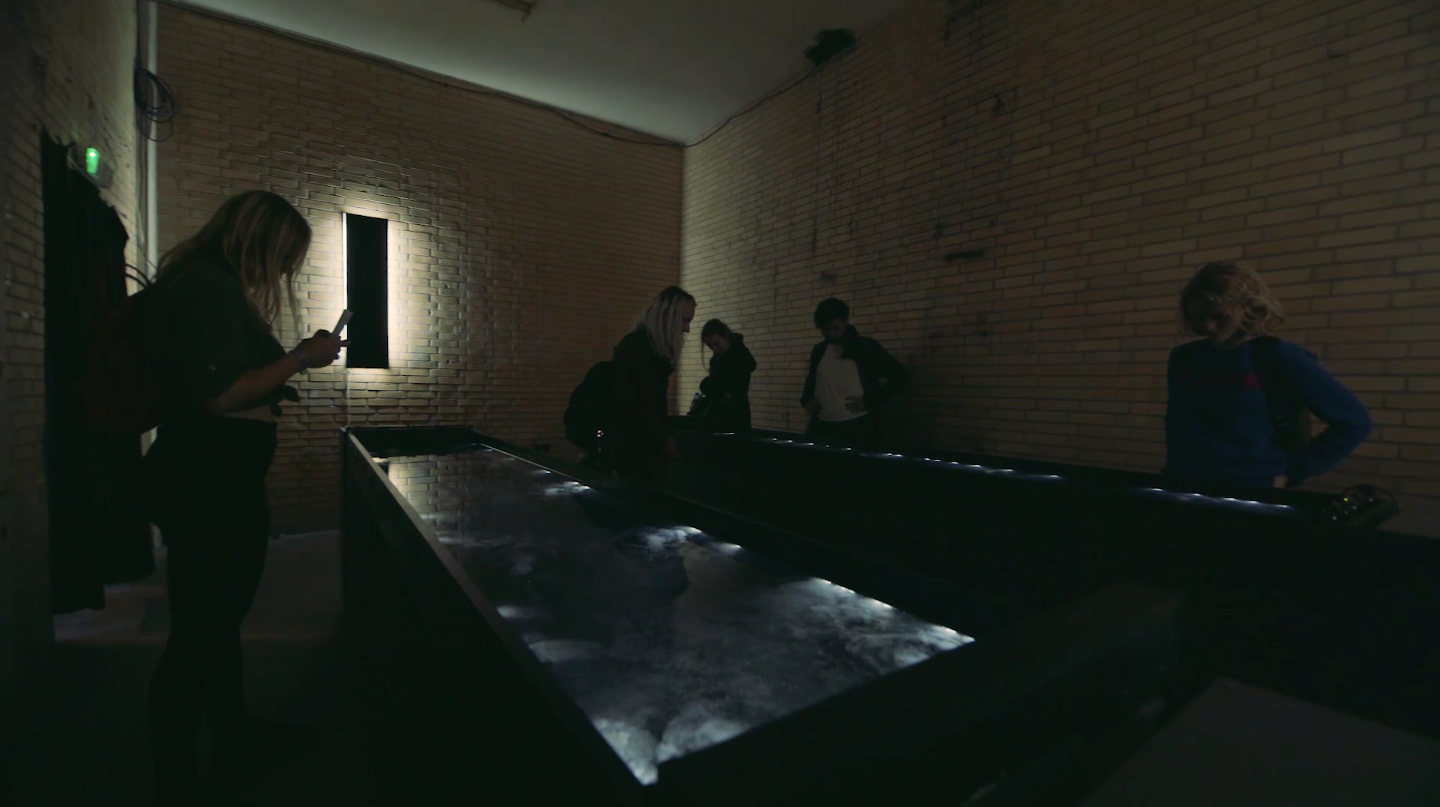 In collaboration with Crossing Parallels.