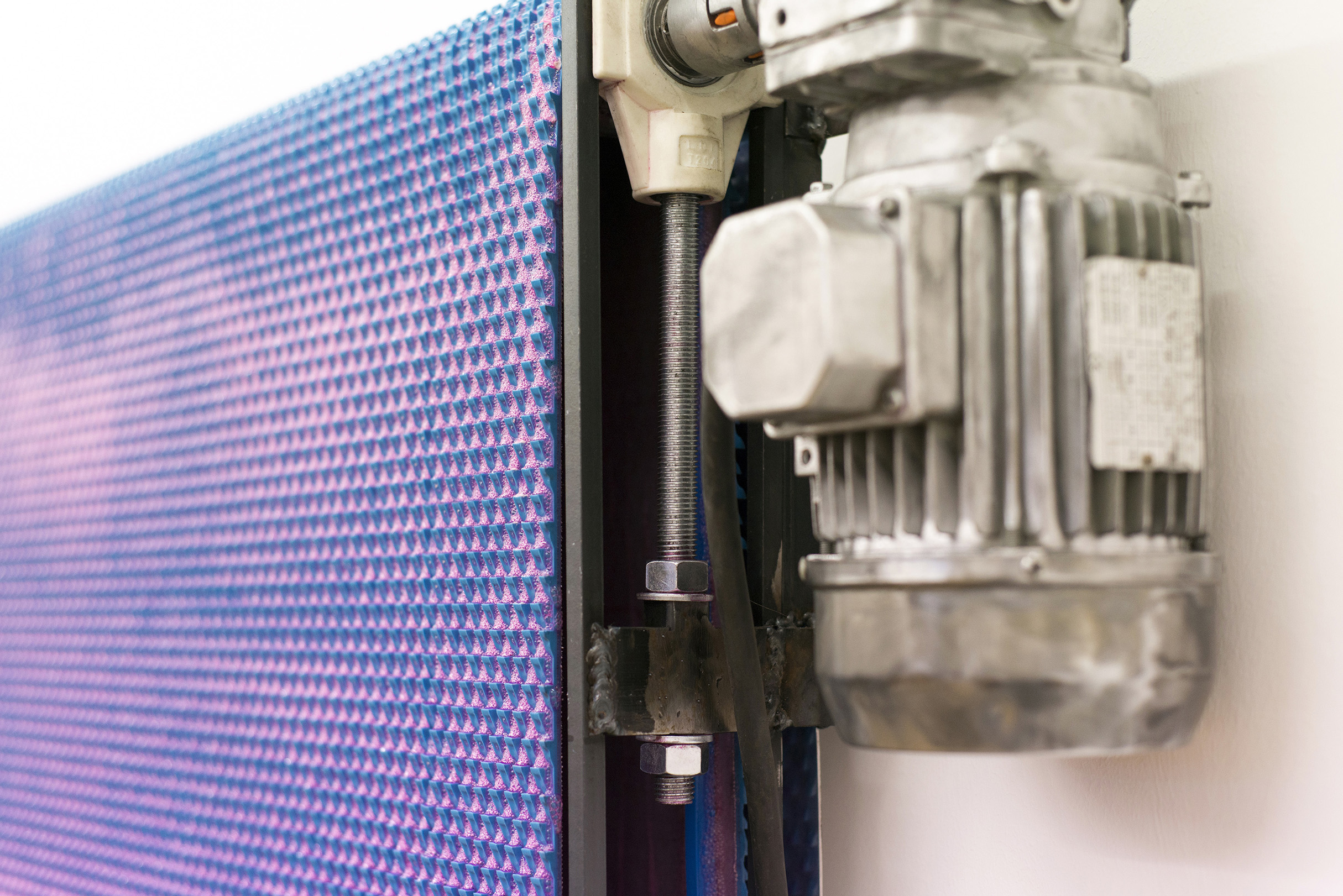 Next to Feigl’s large scale kinetic installations he consistently works on a series of moving paintings. ‘Conveyor’ is made from discarded production line conveyor-belts. A mixture of drilling oil and water gives the effect of a moving painting. Repeated movements cause unexpected, and surprisingly beautiful, optical effects.

Conveyors play with moving canvases that flow through different types of liquids and pigments while creating moving images. Theses wall mounted machines are actively creating ephemeral abstract paintings. With mesmerizing and poetic effects in vivid colors they create a new relation of painting and mechanics. This ongoing series has been shown in several museum in and outside of the Netherlands and sprouted larger scale outside works.

About Zoro Feigl
The installations of Zoro Feigl (1983, Amsterdam) seem to be alive. His materials dance and twist. Placed together in a space, the separate works become one: large and ponderous in places, nervous or gracious elsewhere and often with a touch of unpredictable danger.

Feigl’s forms are constantly changing, sometimes slowly, sometimes quickly. Without beginning or end the objects seem to be locked into themselves. As a viewer you become entangled in their movements: they embrace and amaze, but sometimes also frighten you.

Conveyor series is presented in collaboration with het Prinsenkwartier. 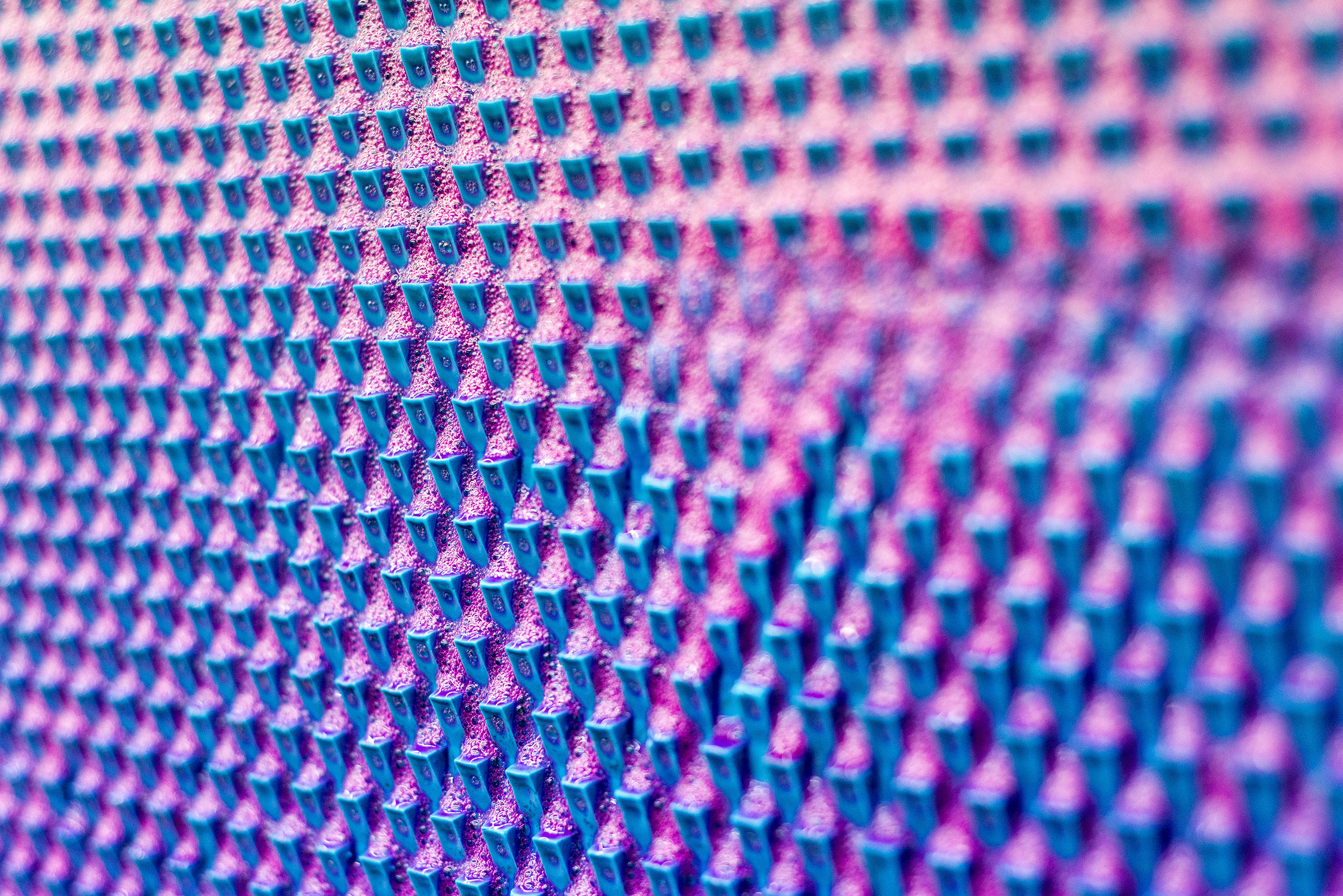 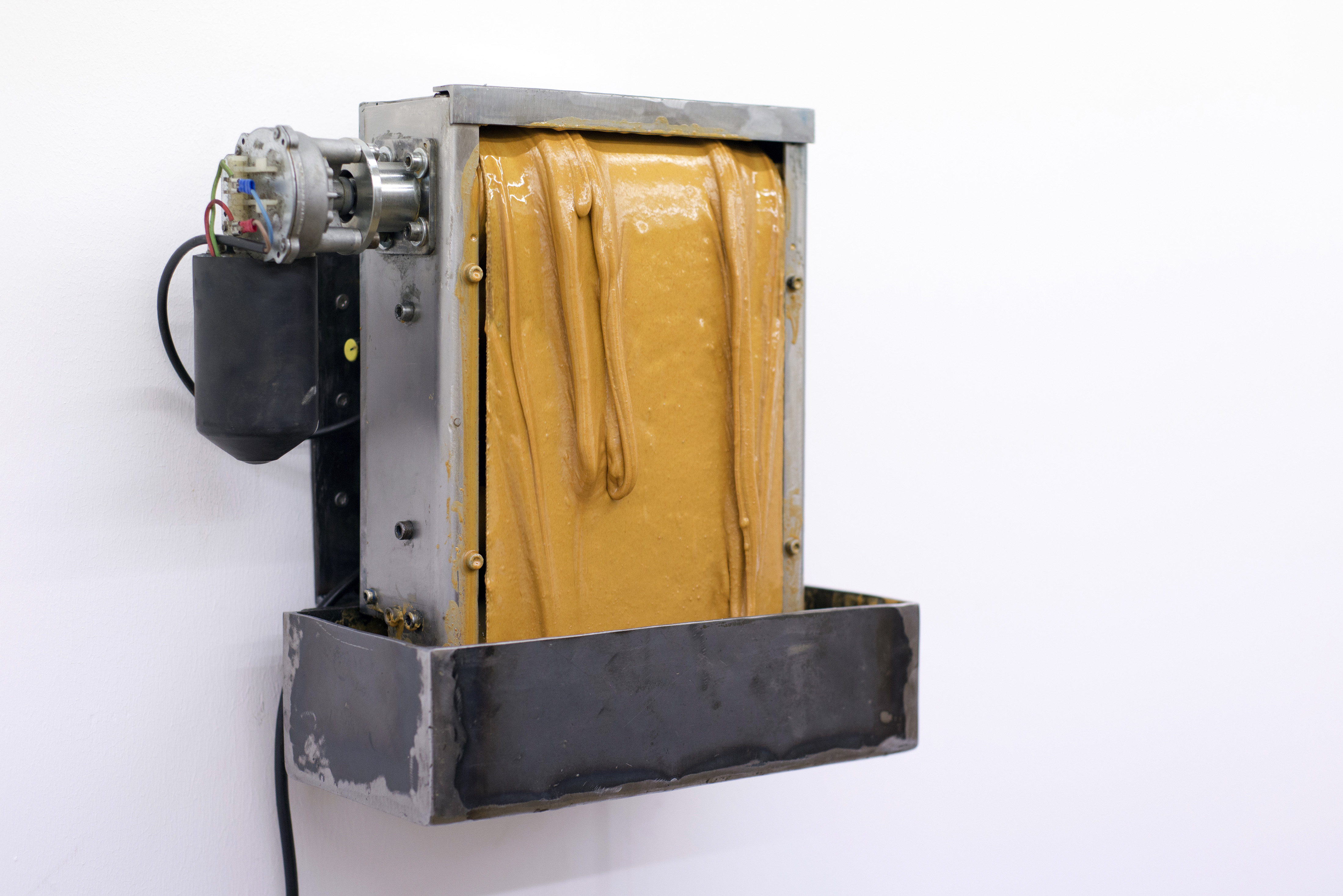