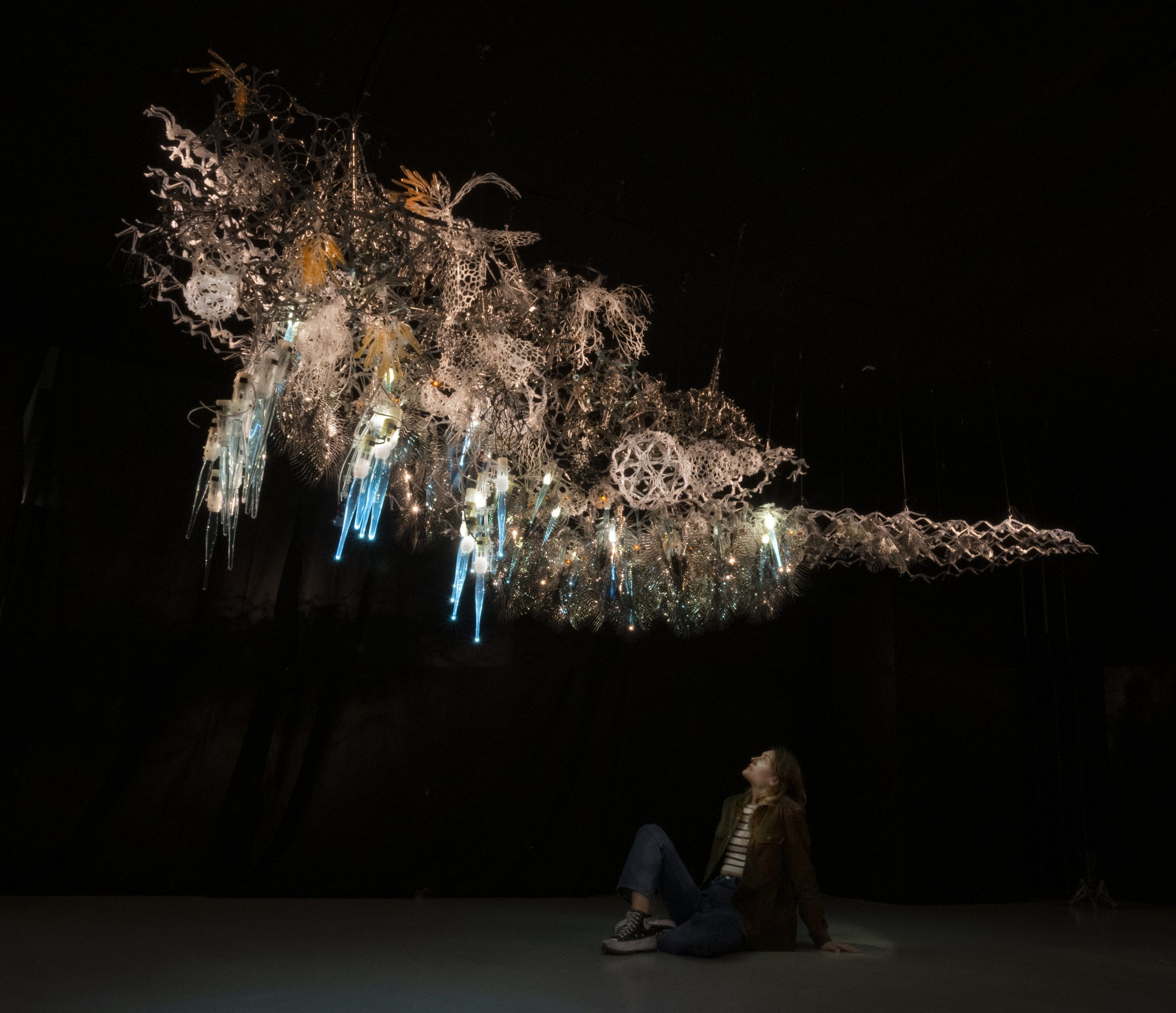 How can we design kinetic, living architecture that engages with visitors during extended interactions and enhances human experience in an immersive environment?

How do humans respond to these evolving interactions, in a process of mutual adaptation?“

Can architecture integrate living functions? Could future buildings think, and care? The Living Architecture Systems Group brings together researchers and industry partners in a multidisciplinary research cluster dedicated to developing built environments with qualities that come close to life— environments that can move, respond, and learn, with metabolisms that can exchange and renew their environments, and which are adaptive and empathic towards their inhabitants.”

A new Living Architecture testbed will be installed at the entry of the new TU Delft Science Centre.  This site provides strategic connections to the campus and city right in the centre of a larger cluster of experimental architectural structures featuring next-generation construction, alternate energy sources and sustainable material systems. The project will act as a public beacon that gathers the public and that expresses a sustainable, inclusive vision of future design. A part of the installation facilitates evolving student design explorations and additional workshop-based activities.

Philip Beesley's work is widely cited in contemporary art and architecture, focused in the rapidly expanding technology and culture of responsive and interactive systems. His art, architecture and research focus on key questions: might future architecture integrate living functions? Might buildings start to think, and care?

Beesley is a practicing visual artist, architect, and Professor in Architecture at the University of Waterloo and Professor of Digital Design and Architecture & Urbanism at the European Graduate School. He is the leader of the 40-partner Living Architecture Systems Group and the director of Riverside Architectural Press. He combines the disciplines of professional architecture, science, engineering, and visual art. His studio's methods incorporate industrial design, digital prototyping, instrument making, and mechatronics engineering. He served the recurring role of Examiner at The Bartlett, University College London and as visiting professor at schools including the Royal Danish Academy, University of Toronto Daniels School of Architecture, Landscape and Design, Pratt Institute for Architecture.

Beesley has authored and edited eighteen books and proceedings, and has appeared on the cover of Artificial Life (MIT), LEONARDO and AD journals. Features include national CBC news, Vogue, WIRED, and a series of TED talks. His work was selected to represent Canada at the 2010 Venice Biennale for Architecture, and has received distinctions including the Prix de Rome, VIDA 11.0, FEIDAD, Azure AZ, and Architizer A+. He shared this year’s STARTS EU prize for Iris van Herpen’sMagnetic Motion. His work has twice been recognized as a finalist for the global Katerva sustainability award. Beesley was educated in visual art at Queen's University, in technology at Humber College, in architecture at the University of Toronto, and interned in instrument making and lighting design His Toronto-based practice, Philip Beesley Architect Inc., operates in partnership with Rolf Seifert and the Waterloo-based Adaptive Systems Group, and in numerous collaborations including longstanding exchanges with couture designer Iris van Herpen futurist Rachel Armstrong. PBAI/PS, and engineering scientists Dala Kulic and Rob Gorbet.