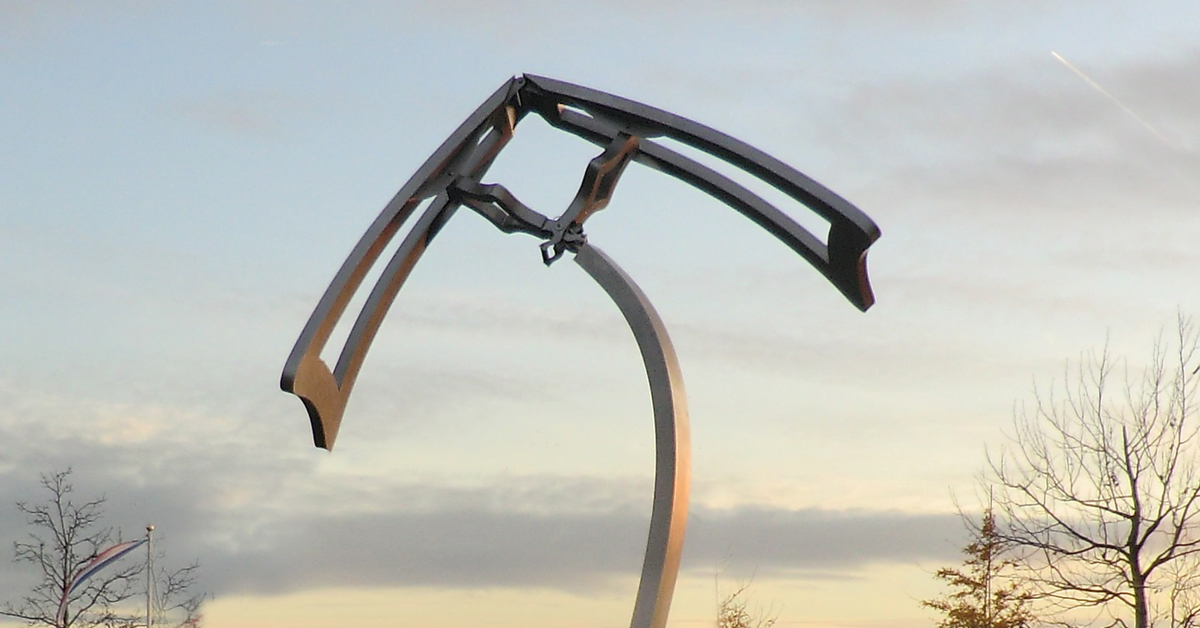 Kinetic sculptures that form the perfect meeting between the aesthetics of art and engineering skills.

Giant sculptures from kinetic architecture principles shows the audience that steel can appear as light as feathers and move in beautiful organic patterns.

Anemone Magnifica is one of Volkert van der Wijk’s many kinetic sculptures that show the audience how architecturally designed objects can move in an inherently balanced way without the need of any counterbalance. His often large sculptures draw on the principles he brings from his background as a mechanical engineer. His sculptures are often large scale and present the viewer with an instant great danger – however the precision in the object eliminates all dangers.

Anemone Magnifica is a giant flower made of stainless steel and although the leaves of the flower weigh approximately 70 kg they move as light as feathers due to the balanced design. With a background  strongly consolidated in both art and technology Volkert van der Wijk wishes to show that art and technology are inextricably linked.

At Highlight Delft Volkert van der Wijk also exhibits his new sculpture – Hovering Pyramids made from stainless stel With your hands you can carefully move the sculpture and bring it to different positions.